People power is key as the ‘big deal’ meets the ‘big ideal’ in the growth of hydrogen
March 4, 2021

As hydrogen moves more centre stage in the energy conversation, we have been speaking to our network about its implications in terms of teams, leadership and talent.

When we spoke with Manja Meister, a Strategy Consultant at Wood Mackenzie’s Energy Transition Practice, an interesting perspective emerged, which is that hydrogen is potentially the common ground for uniting transitioning energy companies and renewable specialists. The engine that will make this happen is the combined strength of ‘people power’ working towards common goals.

“The market today is mostly grey and brown hydrogen based on gas and coal,” Manja explained. “Exploiting grey hydrogen is similar to fossil fuels. Companies need to decide whether to pipe it, ship it, or consume it on site which is quite common. So we’re already seeing businesses like Kawasaki are announcing the first dedicated carrier to ship brown hydrogen from Australia to Japan.”

“The industry needs to drive down cost to make green hydrogen viable, and at that point, green hydrogen can also be piped and shipped thus potentially globalising the positive impact on renewable power generation in one or more parts of the world. At that point  it can be traded and commoditised.”

Manja explains that potentially, for example, with its vast offshore wind resources, the UK could export surplus green hydrogen to other countries in Europe and beyond, potentially also in zero emission hydrogen powered tankers and carriers. This tradability makes hydrogen an exciting decarbonising energy source.

“Future hydrogen consumption will be much more dispersed than it is today, where a lot is used in refinery and chemical plants on site. When many more sectors such as mobility, heating, and power grids are consuming hydrogen then it is no longer viable to produce hydrogen on site, and it becomes important to be able to transport and trade it.”

It is in this bridging, where green hydrogen is produced as a renewable and traded like a fossil fuel, that there is a potential to draw on the people strengths of the whole energy sector.

“I have been very focused in renewables in my career and now I’m working with colleagues and customers across the entire energy sector including  downstream and upstream oil and gas as well as metals and mining,” Manja explained. “All these businesses are asking questions about the challenges and opportunities facing them as a result of the energy transition, and in many ways that conversation should not be had with specialists focused just on just upstream or downstream or even power and renewables.”

Often the most productive conversations occur when different teams combine all points of views.

“It is so valuable when we’re working with someone who has historically been solely focused on the downstream oil and gas business to bring in someone with a deep understanding of renewables and low carbon energy. Even energy users such as steel manufacturers planning how to lower their carbon footprint have an important voice and should be part of the energy conversation.”

The energy transition is bridging the divide that has often existed between renewables and big oil and gas and creates the opportunity for converging cultures.

“Renewables is still at times perceived as being culturally differently. Here in Denmark it started with environmentally aware farmers with a passion for technology installing wind turbines. Some of the biggest OEMs today became turbine designers in a way that was almost like a cottage industry. Today they are leading technology development and pushing renewables forward.

“Now there are major global oil and gas companies starting to talk new energies, low carbon, and it is driving collaboration because it is an area where businesses need to access expertise quickly – not least to keep pace with policymaker and consumer expectations.”

This brings the potential for convening cross-sector teams from across businesses to collaborate in wide-ranging projects powered by innovation and experimentation.

“As an example, we work with oil and gas specialists re-evaluating land use for solar panels and this opens up dialogue between parts of the energy sector that have appeared divided. Oil and gas players have deep capabilities in say understanding risk and moving molecules which can be combined with the knowledge of power generation of a dedicated wind farm developer.”

Collaboration is also essential if all the necessary players – turbine manufacturers, the pipeline operators, steel manufacturers and refineries as well as the electrolyser engineers – are to work together to bring projects to a conclusion faster.

This is where working from home has created an opportunity.

“The rise of virtual working has helped to break down barriers. There is no home turf. While culturally these organisations transact and approach a negotiation very differently at times there are now the same screaming kids and cats and doorbells in the background when they are working together.”

This is especially important in engaging future talent.

“The next generation coming out of university into renewables have a deep passion for a greener tomorrow. They sometimes get a shock when they realise that people working in renewables are just as interested in making a profit. But that’s an important realisation: there are not many people who want to see the world burn and equally there aren’t many businesses that don’t want to make a profit.”

In short, there may be more common ground between deals and ideals than is immediately apparent.

Manja cites the announcement by BP and Ørsted to develop an industrial scale green hydrogen electrolyser project to replace some natural gas-based hydrogen at BP’s Lingen refinery as an example of the coupling of production and demand for ‘cleaner’ hydrogen. The electrolyser will be powered by offshore wind in the North Sea.

“If we are sitting here in 10 years’ time saying, ‘remember when we all thought that hydrogen was the next big thing? Well that didn’t happen’, then I think that as an industry we will have missed out on a potentially big and exciting opportunity,” Manja concluded. 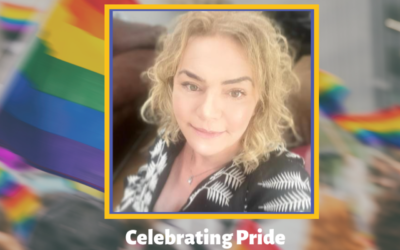 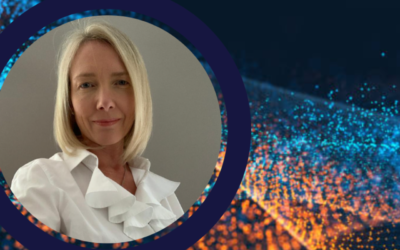